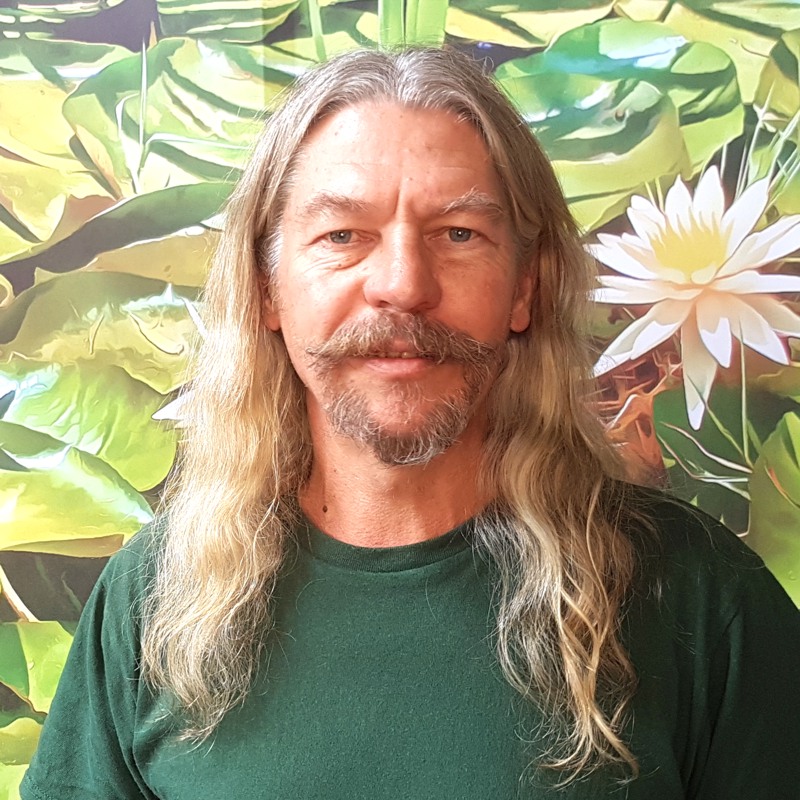 The driving force behind the creative spirit of artist/musician Ruddha (Rudolf Otto Schlieben) – (1966-) is a deeply-sincere vision, a heart-felt desire to help humankind awaken to its true spiritual nature.

“It is my mission,” he says, “to facilitate Spiritual Awakening by means of my art and music.”

He explains that his visual art is often inspired by his music and vice versa: When he receives the inspiration to create music, for instance, he often reacts to this inspiration with a work of visual art – “an extension, in this physical realm, of the process of inspiration,” he says. A Veritable interaction with the higher realm portrayed in the media of both art and music.

“I am a shaman communing and healing through Music and Art”

Ruddha grew up in the Limpopo Province of northern South Africa. Here, in the shadow of the pristine Soutpansberg, he was exposed to the large cultural and religious diversity of the local people.

Living in South Africa allows one to explore a very wide range of cultures and belief systems. Also, music genres.

He has always felt “passionate” about art & music, he says, but never underwent formal training. In stead, he obtained a Master’s degree in Marketing.

After completing his studies, he further honed his talent as a communicator by lecturing at the University of Pretoria, The Military Academy in Saldanha and Technikon Pretoria.

His music falls in the genre electronica with elements of house, techno, electro, trance, tribal, fusion and world.

His visual work may be classified as digital visual art manipulation, photographic image composites or new media art. He use multiple digital photographic images, software and graphic design techniques to create fantasy realms with subtle messages from his sub conscience, the spiritual realms and nature.